Heavy rains lashed Pattaya yesterday and left about 400 Thai and foreign tourists stranded on Koh Lan and flooded parts of the city.The heavy rains, which lasted for about three hours, caused the in-bound and out-bound lanes of the Sukhumvit highway at the entrance of a road to South Pattaya to flood with about two feet of water for about 100 metres, reported Thai PBS.The weather was a result of a tropical storm Vamco and caused two-meter-high waves and high winds in the Gulf of Thailand.The 380 tourists stranded on Koh Lan were eventually rescued when four boats were sent to collect them, reported The Nation.The Pattaya-Na Klua, the Walking Street in South Pattaya and Panya housing estate were also heavily flooded.Strong winds/waves damaged several anchorages at the Southern Pattaya Pier, worth millions of baht. 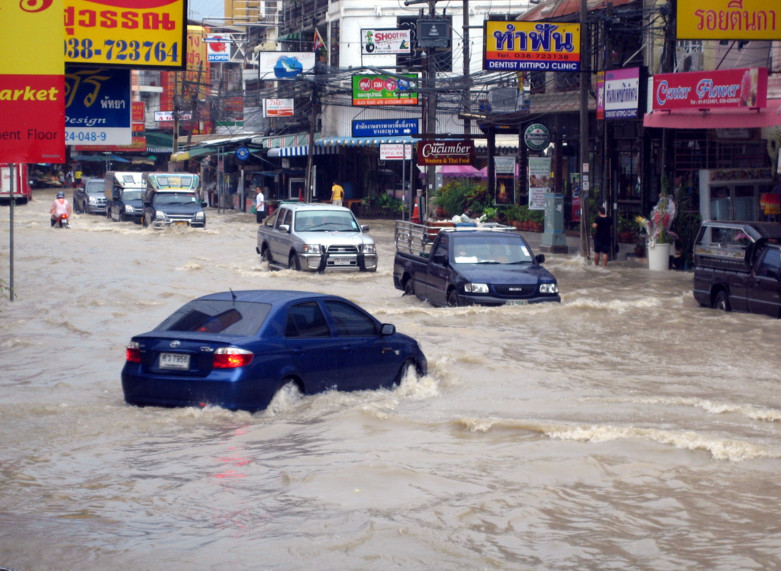