Our pick for the best old Cafes in Town 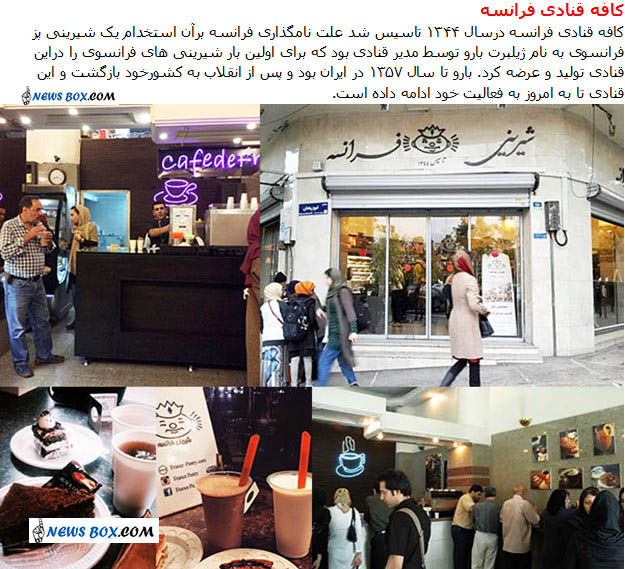 The French Confectionary was originally established in 1965. This café confectionary is among the oldest and the most nostalgic points in Tehran, especially for the one-time youths of capital, students who have studied at the University of Tehran at various junctures, and bookstores located along the Enqelab (Revolution) Avenue. In cold days of the fall and winter, you can still drink a cup of hot chocolate milk at this café confectionary and test its various pastries, including tarts, napoleon, and creamy confections. Our special suggestion is the cheese cake.