Making a short film by FIFA about Sardar Azmoun

Sardar Azmoun was 1995 in Gonbad-e Kavus is an professional footballer who plays as a striker for Rostov on loan from Rubin Kazan in the Russian Premier League and the Iranian national team.He started to play club football when he was 9. He began his career at Oghab Gonbad of Gonbad-e Kavus. He also played volleyball and was invited to Iran’s national under-15 volleyball team. After some years, he joined Shamoushak Gorgan, before joining Etka Gorgan, who were playing in Division 1 in Iran at the time. FIFA just released a video highlighting his young carrier. 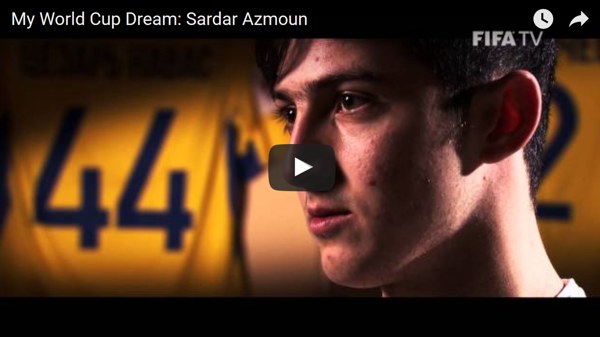