Man in a bulletproof BMW saves ’70 people from Isis snipers’ 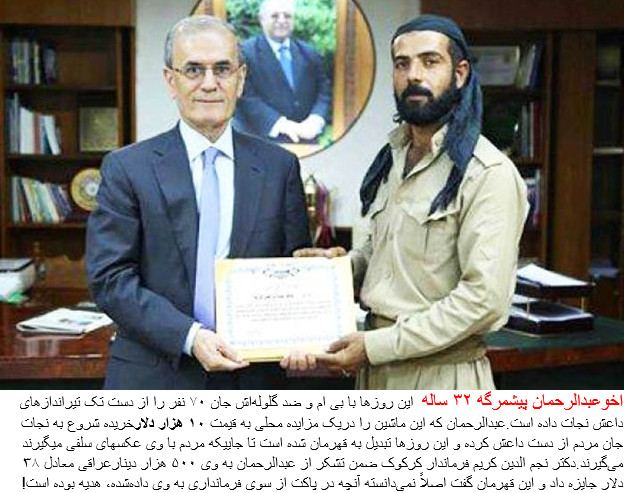 A man with a bulletproof BMW reportedly rescued more than 70 people from an Iraqi city after they were pinned down under fire from Isis snipers.Ako Abdulrahman, a fighter in the Kurdish Peshmerga, bought the armoured vehicle after earlier being attacked by Isis militants.He paid $10,000 for the early 1990s model so that he and his friends could travel around the area in safety.