The Oldest Objects Ever Discovered 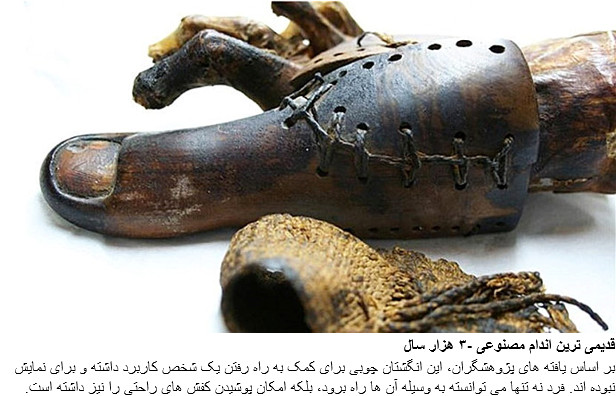 Oldest Prosthetic
Discovered with Egyptian mummies buried 3,000 years ago was a false toe, now believed to be oldest prosthetic device in existence. The fake toe, which was fashioned out of wood and leather, had been buried with a woman who was thought to have lived between 950 B.C. and 710 B.C., and, according to experts, it looks as though it was more of a practical walking device rather than a prosthetic.