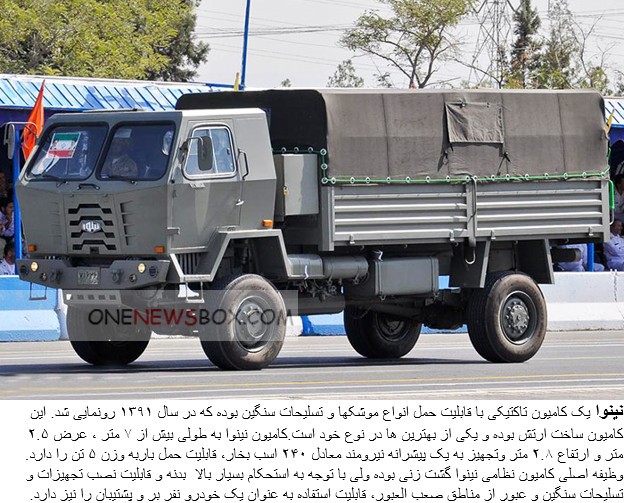 Neynava or Neinava is a series of all-terrain general purpose 4×4 military trucks produced by the Self-Sufficiency Jihad of Army. The vehicle first appeared in military parades in 2011, but was officially unveiled in 2012 along with Shaher (sniper rifle). Its purpose is to carry troops, supplies and small armored vehicles like Sayyad and also tow artillery pieces.