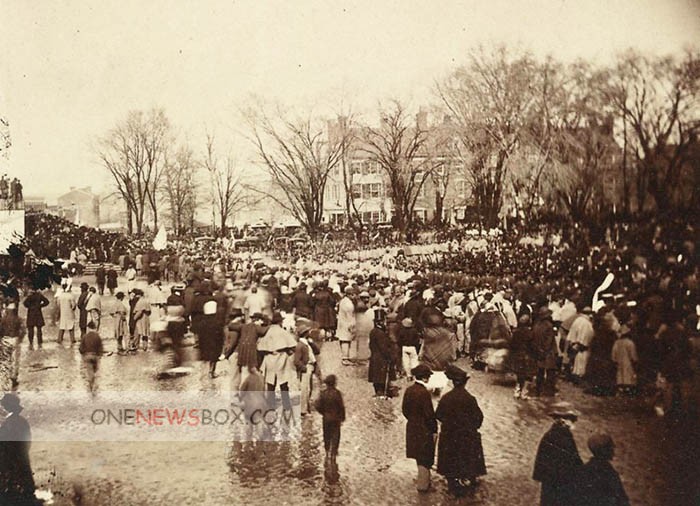 Lincoln died 42 days into this term, and Johnson succeeded to the presidency. Chief Justice Salmon P. Chase administered the Oath of office.Before the president was sworn in, Vice President-elect Andrew Johnson took his oath. At the ceremony Johnson, who had been drinking to offset the pain of typhoid fever (as he explained later), gave a rambling address in the Senate chamber and appeared obviously intoxicated.