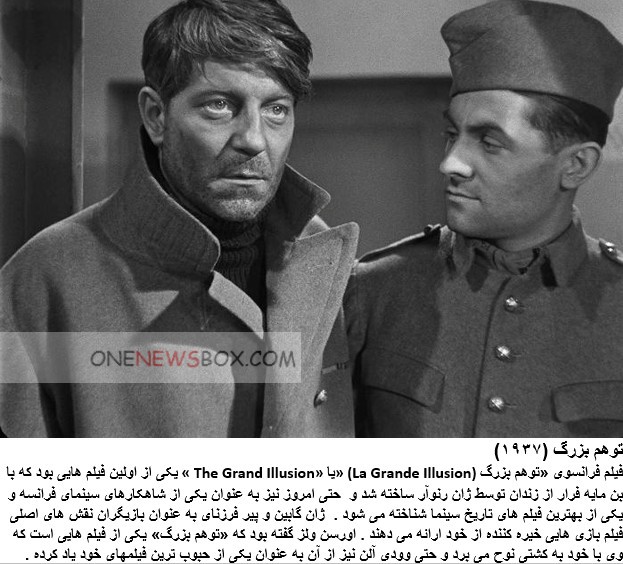 La Grande Illusion (also known as The Grand Illusion) is a 1937 French war film directed by Jean Renoir, who co-wrote the screenplay with Charles Spaak. The story concerns class relationships among a small group of French officers who are prisoners of war during World War I and are plotting an escape.