Putin praises ties with UAE, Saudi Arabia ahead of visit 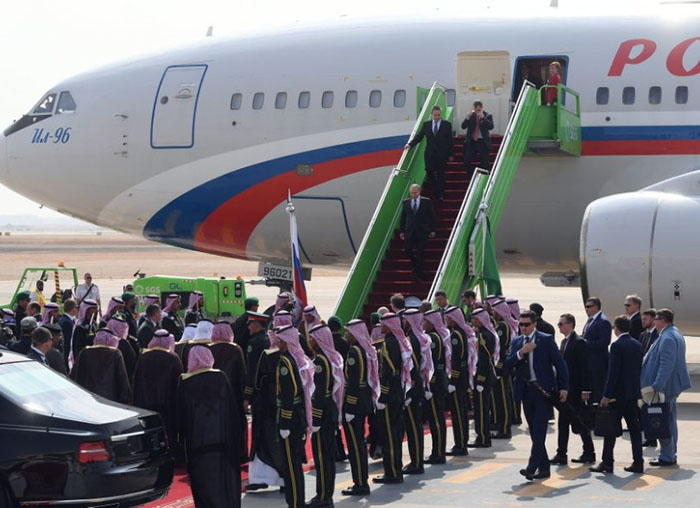 Russian President Vladimir Putin landed in Riyadh on Monday for his first state visit to Saudi Arabia and the United Arab Emirates in more than a decade, emphasizing not only coordination between three of the biggest oil producers in the world but also Moscow’s growing influence in the Middle East.