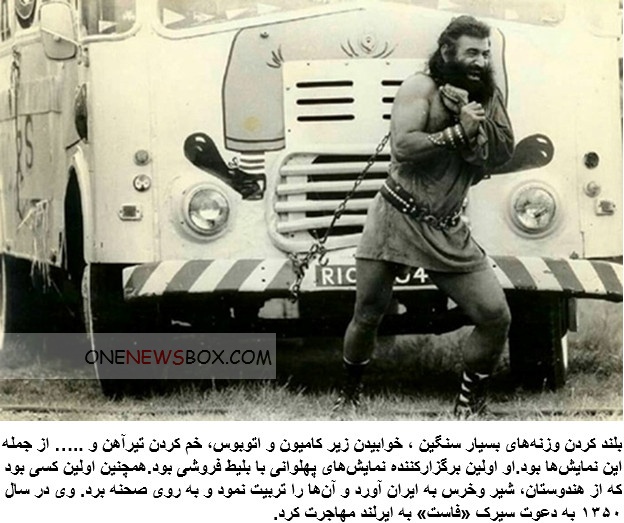 He was also the first man to bring back lions and bears from India for trained animal acts. During the 60s Khalil Oghab performed in capital in venues such as Amjadieh Stadium in front of crowds estimated as high as 50,000 people and entertained the crowd with acts such as bending metal beams, wrapping iron rods around his wrist, and supporting the weight of 20 passing cars over his legs and chest.