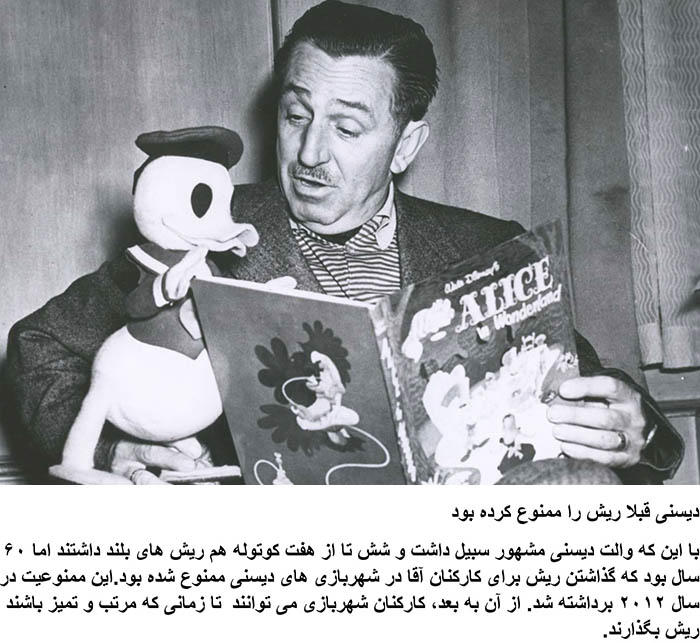 While Walt Disney famously sported a moustache and six of the seven dwarves had long white beards, male staff at Disney theme parks were forbidden from displaying facial hair for 60 years, until the ban was lifted in 2012. Now ‘cast members’ (as public-facing employees are called) are allowed beards as long as they are short and neat.