Pictures from the last years of Aghasi ‘s life 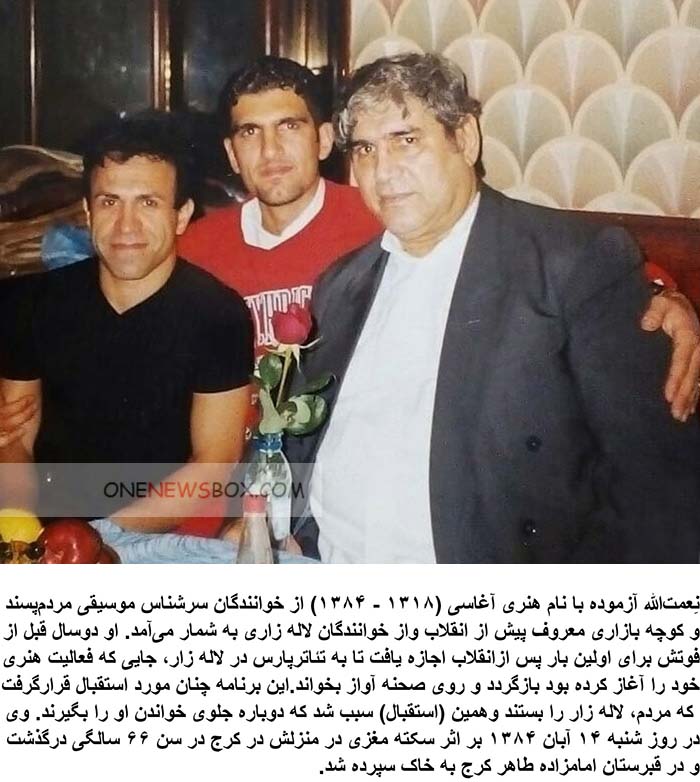 Aghasi was born on 21 July 1939 in Ahvaz. He was interested in sports and was active in the Taj Club of Ahvaz. As a young man, he began to read music. His songs include (Amane) and (Labeh kaaroon ‎).After his successful performances in Lalezar, he was the first Laleh Sari singer to have his voice broadcast on Iranian National Radio and Television.He died of a stroke at his home in Karaj, and was buried in Emamzadeh Taher cemetery.