Rahim Ali Khorram who was founder of eram amusement park 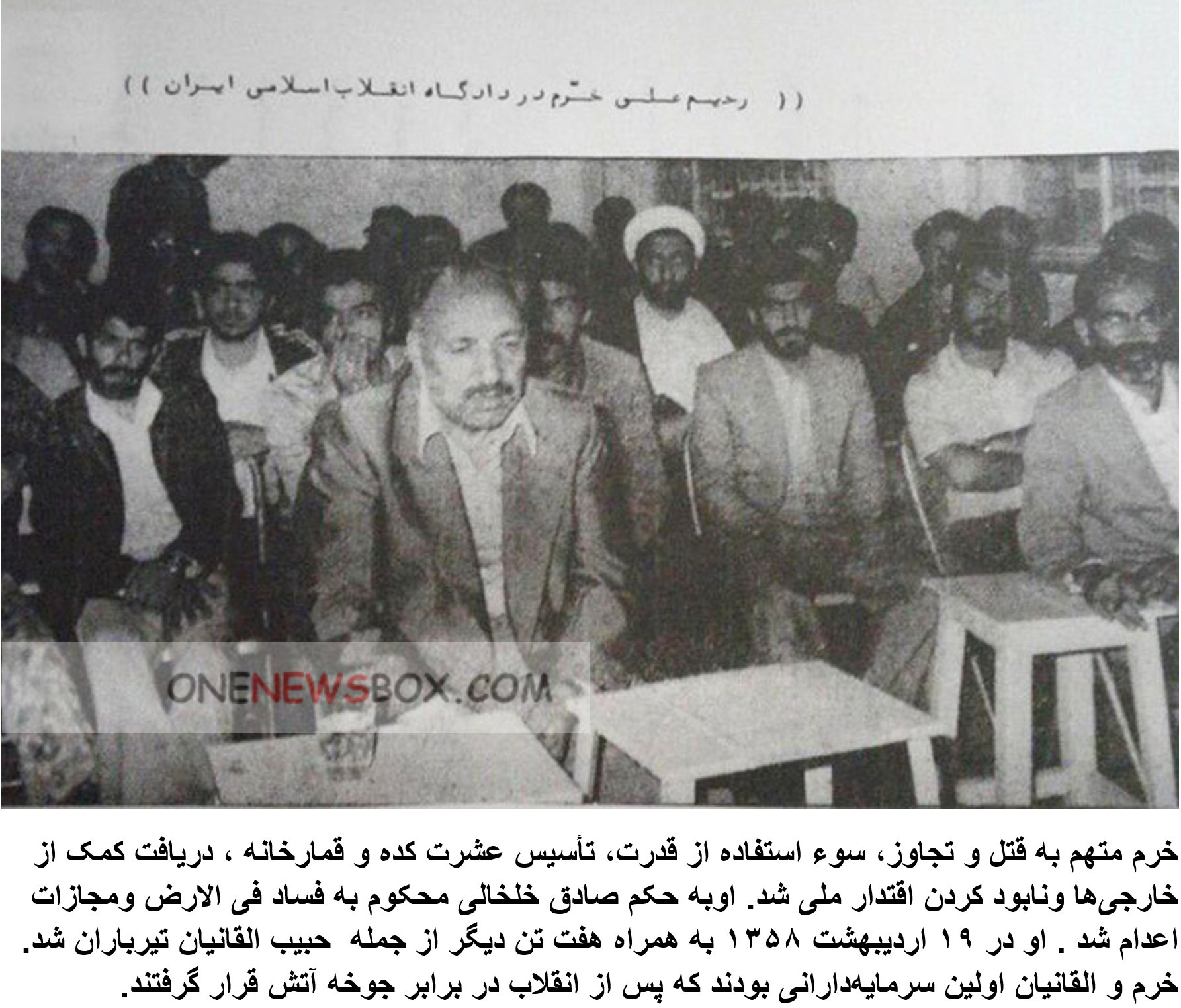 The charges against Mr. Khorram, according to the Amnesty report, were: murder of persons, murder of young children, murder of religious leaders; procuring, operating brothels, spreading prostitution; collaboration with the ousted regime and trying to re-establish the Shah’s “idolatrous” rule over the weak and defenceless people; acting against the interests of the people.