Mostafa Kashani, who was son of Ayatollah Kashani 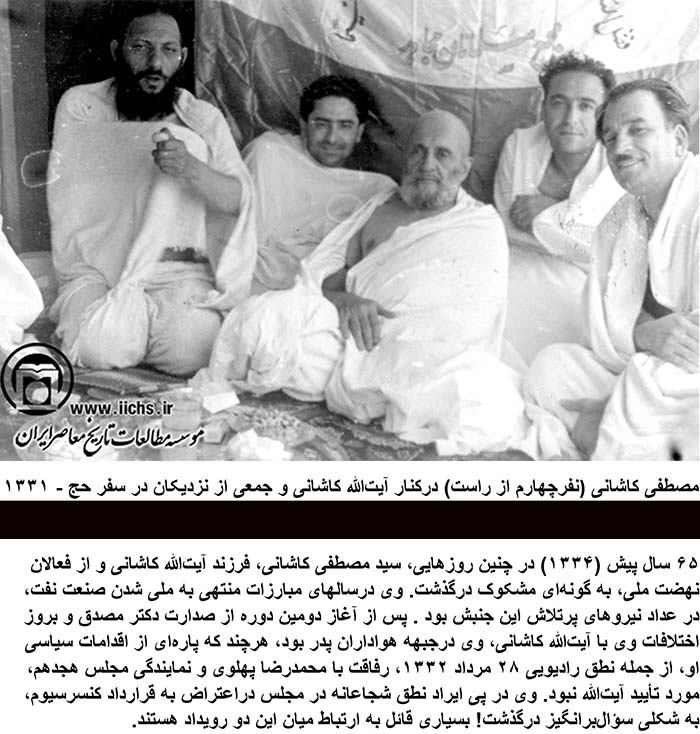 Ayatollah Kashani had 3 wives and 26 children, including 12 sons.His son Mostafa died in an accident in 1955; the new prime minister, Hossein Ala’, escaped an assassination attempt at the funeral. According to British intelligence, around this time two of his sons were involved in a lucrative business buying and selling import-export licenses for restricted goods.