Gholamreza Nikpey who was mayor of Tehran 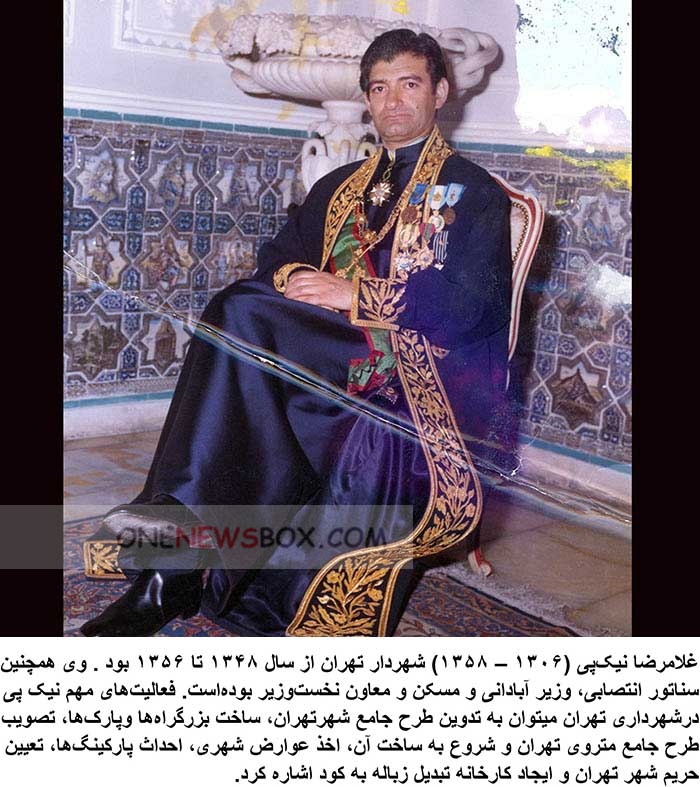 Gholam-Reza Nikpey (927 – 11 April 1979) was deputy prime minister of homeland and Mayor of Tehran. He became Mayor of Tehran in 1969, succeeding Javad Shahrestani. Prior to that, he had served as Iran’s Minister of Housing from 1966 to 1969. During his tenure as the Housing Minister, an earthquake rocked the Province of Khorasan, causing mass destruction.