Expulsion of Iranians from Iraq 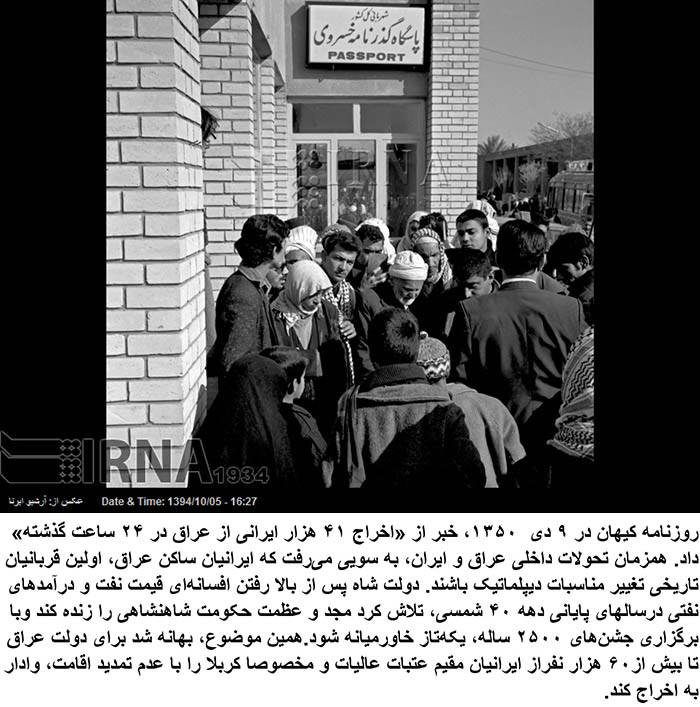 In the 1970s, Saddam Hussein exiled between 350,000 to 650,000 Shia Iraqis of Iranian ancestry (Ajam). Most of them went to Iran. Those who could prove an Iranian/Persian ancestry in Iran’s court received Iranian citizenship (400,000) and some of them returned to Iraq after Saddam.Most Persians Iraqis belong to Twelver Shīʿa Islam, the same religion that most Iraqis belong to. However, a significant portion of them are of Sayyid Iranian heritage of Arab origin which were moved to Iran under the Safavids and returned to Arab lands after the fall of the Safavids. Some even being descended from the al-Musawi clan.