Mostafa Mesbahzadeh who was founder of Kayhan newspaper 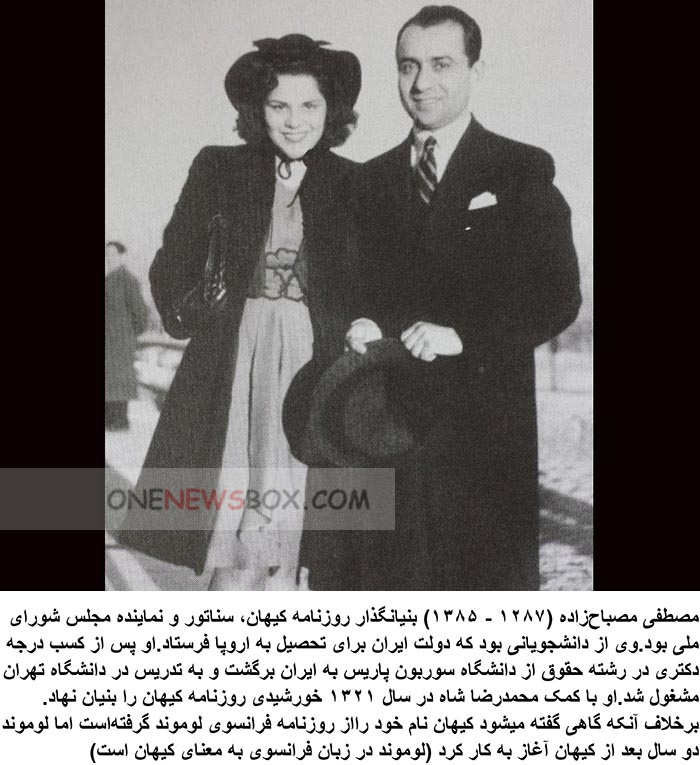 Kayhan was founded in February 1943 by owner Abdolrahman Faramarzi and Mostafa Mesbahzadeh as editor-in-chief. Later the roles of Faramarzi and Mesbahzadeh were reversed. Published in Iran as well as in London, the newspaper had a circulation greater than one-million prior to the 1979 Islamic Revolution. In 1974 Kayhan media group introduced itself as “the largest newspaper and magazine publishing house in the Middle East”.Forugh Mesbahzadeh, the wife of Kayhan’s major owner, officially appeared as the manager of the leading Iranian women’s magazine, Zan-e Rouz.Under the guidance of Mesbahzadeh, the London office of Kayhan continued its work and publishes a monarchist weekly issue known as Kayhan London, which has a small circulation. In 2006, Mesbahzadeh died at the age of 98 in Los Angeles, California.