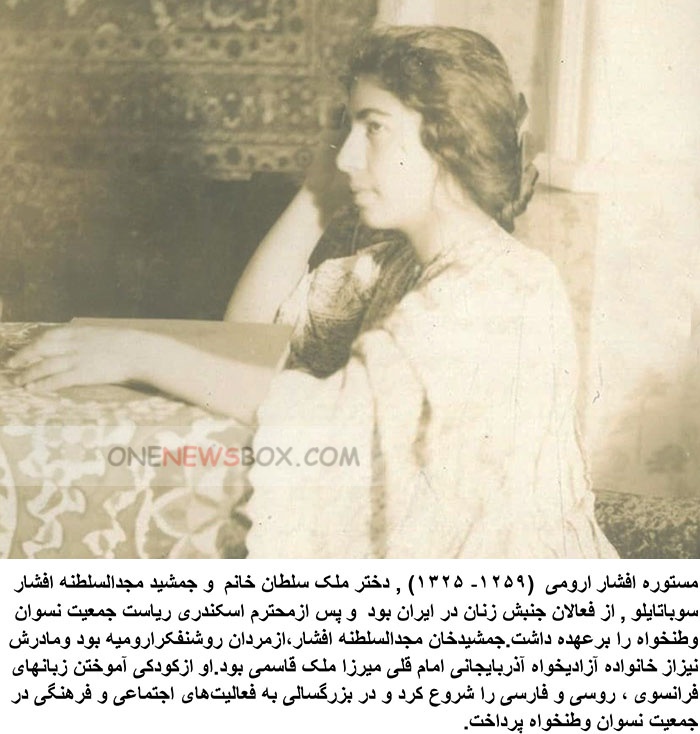 Mastoureh Afshar (1898 – 1951) was a intellectual, feminist, and a pioneering figure in the women’s rights movement in homeland. Alongside contemporary feminists Mohtaram Eskandari and Noor-ol-Hoda Mangeneh, she co-founded the radicalist Patriotic Women’s League of Iran in Tehran in 1922. She became the society’s president in 1925 and held the position until 1932.