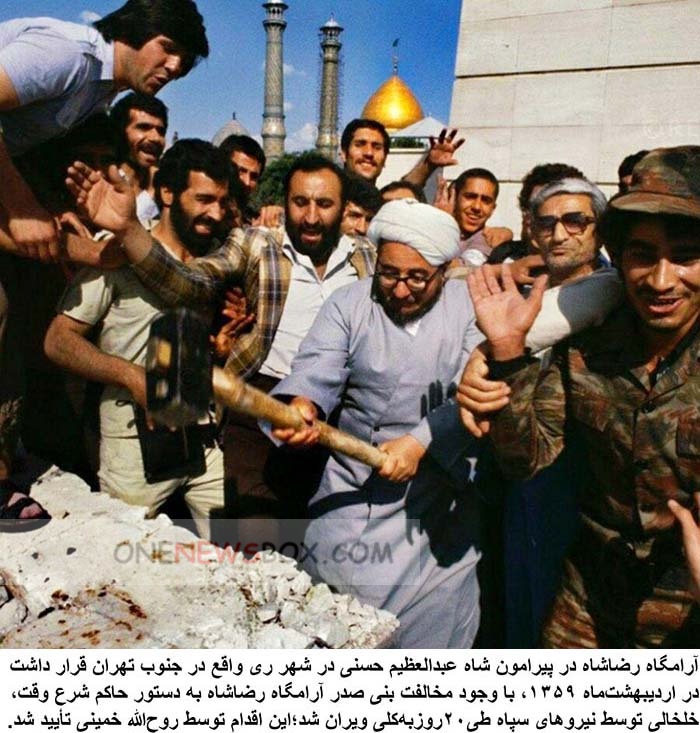 The mausoleum of Reza Shah , located in Ray south of Tehran, was the burial ground of Reza Shah Pahlavi (1878–1944), the penultimate Shahanshah (Emperor) of Iran. It was built close to Shah-Abdol-Azim shrine. In addition to Reza Shah, his son, Prince Ali Reza, was also buried here. The prince who was Mohammad Reza Shah’s only full brother, was a pilot and crashed in the Alborz Mountains on October 17, 1954. When the mausoleum was destroyed, no one found the prince’s body.