Hossein Fardoust who was the Shah’s closest friend 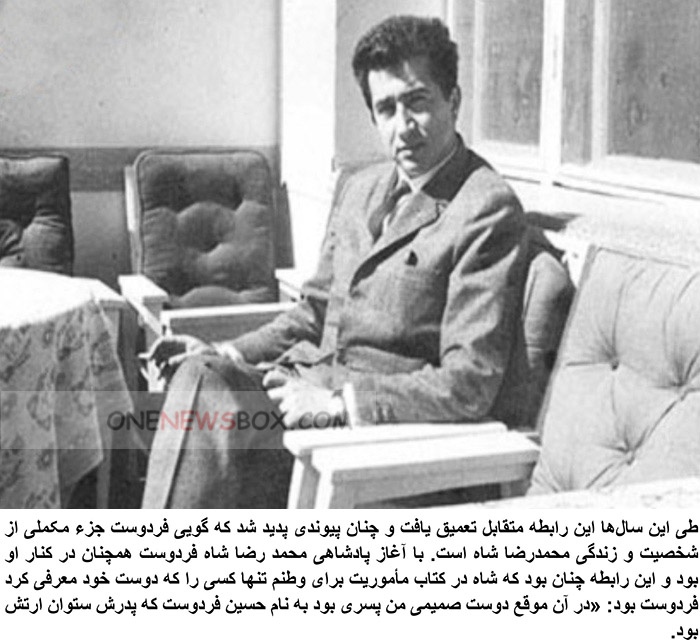 Fardoust remained a close confidant of the Crown Prince and years later served for ten years as deputy of SAVAK, running day-to-day affairs of the security and intelligence bureau, after heading the Special Intelligence Bureau of Iran – sometimes described as a sort of “SAVAK within SAVAK” for approximately 20 years.