Abbas Ali Khalatbari who was latest Ministry of foreign affairs 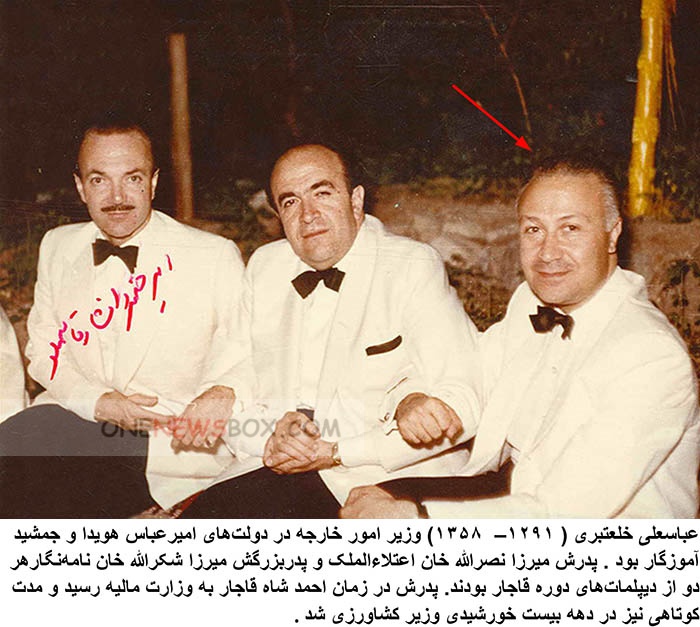 Abbas Ali Khalatbari (1912 – 1979) was a diplomat, who served as the minister of foreign affairs from 1971 to 1978. He is one of the Shah era politicians who were executed following the Iranian revolution. He was a member of a well-established family.He pursued his education in Paris, where he received a degree in political science at the Faculty of Law and Economics of Paris in 1936, and a PhD degree in law in 1938.