Hossein Fatemi who was a scholar 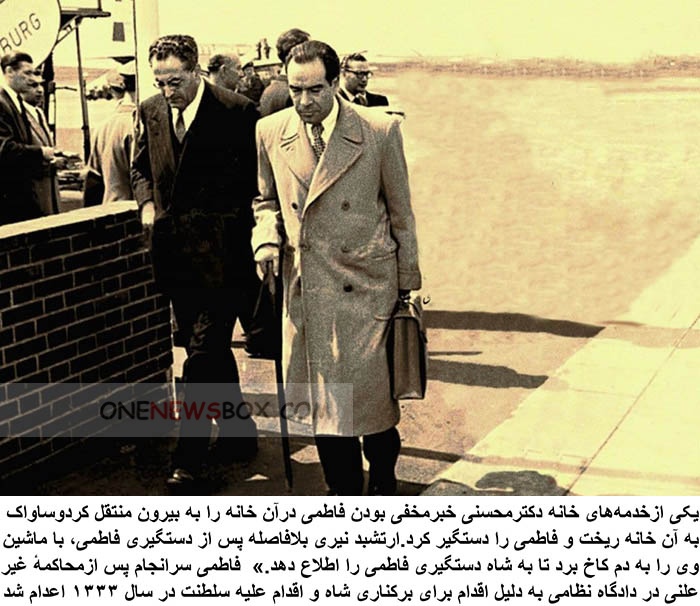 Days later, however, a Western-backed coup led by General Fazlollah Zahedi overthrew Mosaddeq and restored the shah to power. Fatemi went into hiding but was discovered and arrested in March 1954. Charged with an attempt to overthrow the monarchy and to set up a communist-style people’s republic, Fatemi was sentenced to death in October and executed the following month.