Hushang Ebtehaj who is poet and researcher 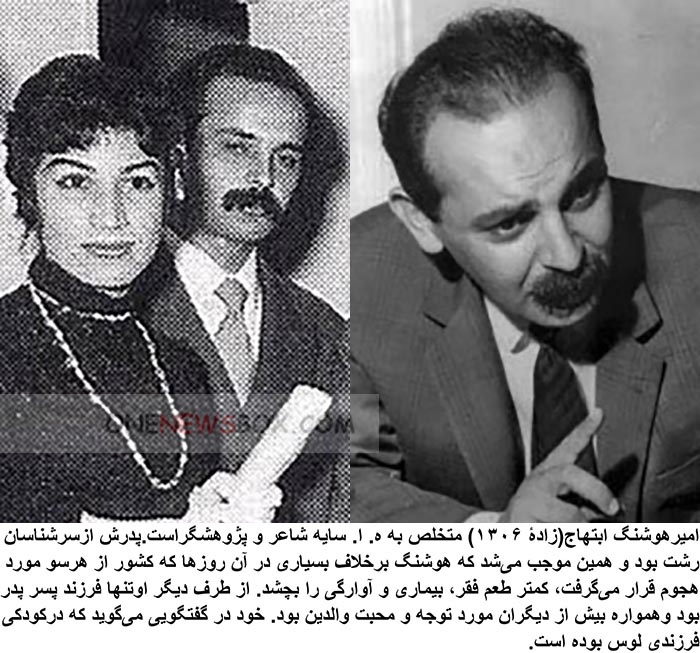 Amir Hushang Ebtehaj is a poet of the 20th century, whose life and work spans many of homeland’s political, cultural and literary upheavals.
His first book of poetry, with an introduction by eminent poet Mehdi Hamidi Shirazi, was published when he was 19 years old. During homeland’s open period following World War II, Sayeh got involved in various literary circles and contributed to various literary magazines such as Sokhan, Kavian, Sadaf, Maslehat, and others.