Fatemeh Pahlavi got a pilot license 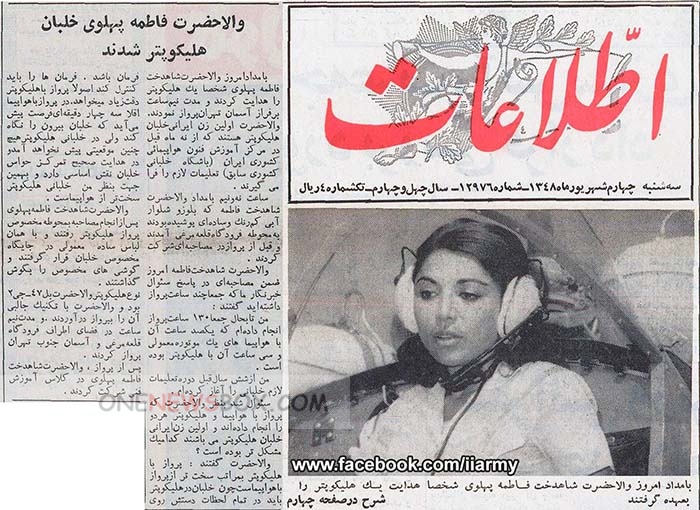 Her mother was from the Qajar dynasty and married Reza Shah in 1923. Fatemeh was the full-sister of Abdul Reza Pahlavi, Ahmad Reza Pahlavi, Mahmoud Reza Pahlavi and Hamid Reza Pahlavi.She and her brothers lived at Marble palace in Tehran with their parents.During the reign of her half-brother, Muhammad Reza Pahlavi, Fatemeh Pahlavi owned a bowling club and dealt with business, having shares in the firms involved in construction, vegetable oil production and engineering.