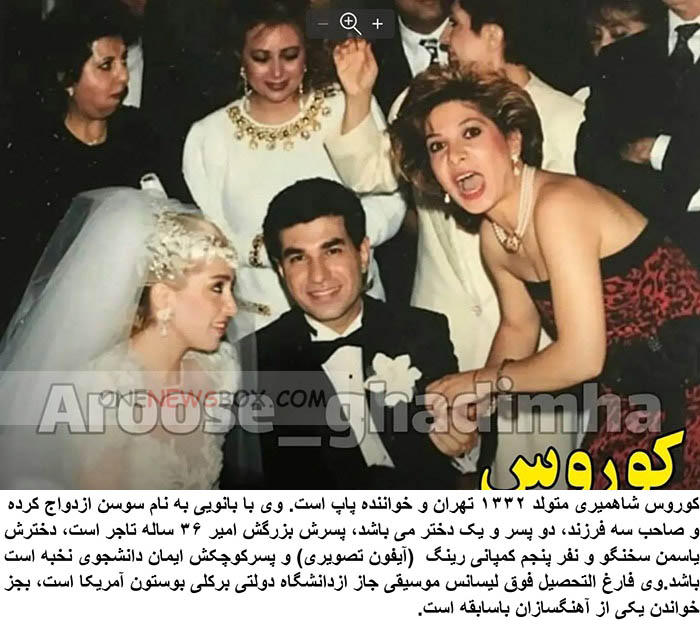 Kouros Shahmiri , also known by the mononym “Kouros” , is a pop singer, best known for being part of the pop duo Andy & Kouros with Andranik Madadian (Andy).Andy and Kouros released four albums together: Khastegary (1985), Parvaz (1988), the hugely successful album Balla, and finally Goodbye (1991). The two split in 1992, with both Andy and Kouros going on to have successful individual solo careers.