About the death of Iraj Ghaderi’s son 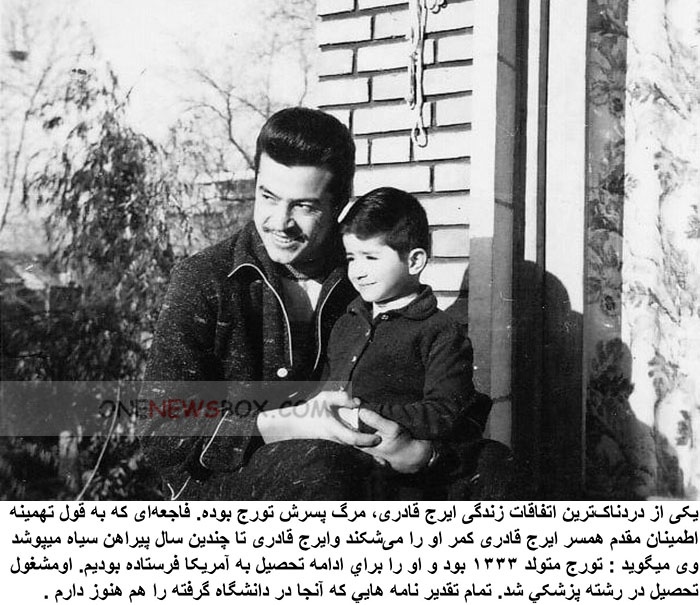 Iraj Ghaderi (1934 – 2012) was a film director and actor. He briefly studied to become a pharmacist, but soon dropped out.Iraj Ghaderi studied in pharmacology but did not finish the program. His artistic career began in 1956 with playing in the film Intersection Accidents by Samuel Khachikian. He established the film company Panorama with Moosa Afshar in 1963.