Liz Truss who is famous to second Margaret Thatcher 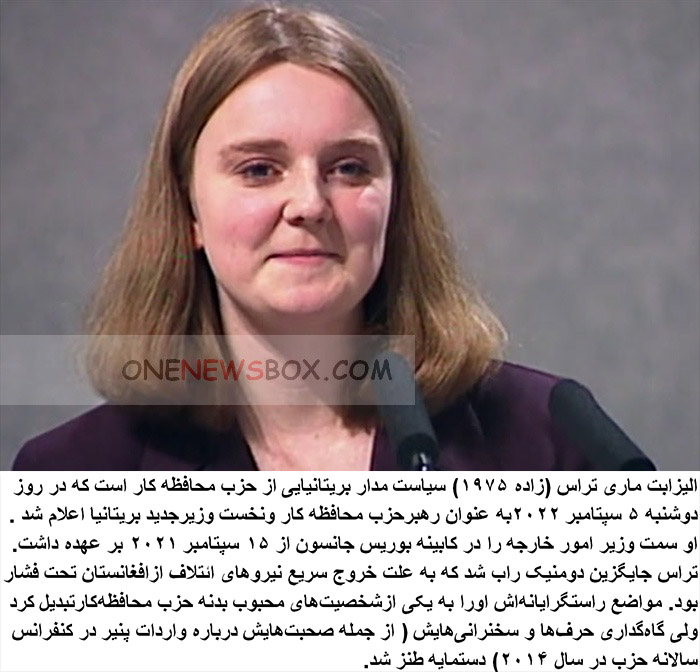 Mary Elizabeth Truss (born 26 July 1975) is a British politician who is Leader of the Conservative and Unionist Party and is due to be appointed Prime Minister of the United Kingdom on 6 September 2022. She has served as the Secretary of State for Foreign, Commonwealth and Development Affairs since 2021 and Minister for Women and Equalities since 2019. A member of the Conservative Party, she has been Member of Parliament (MP) for South West Norfolk since 2010. She has served in various Cabinet positions under Prime Ministers David Cameron, Theresa May and Boris Johnson.