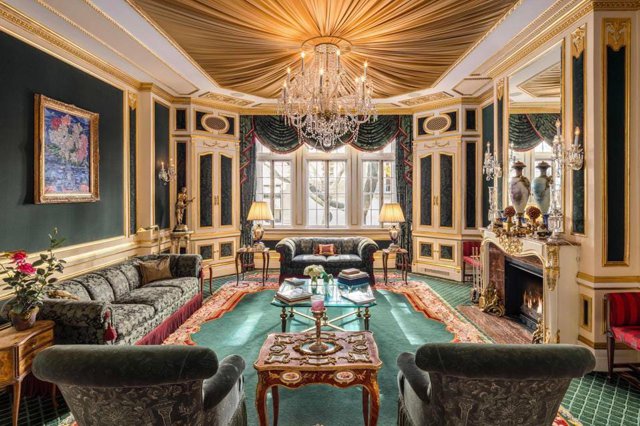 The former residence of Ivana Trump, the ex-wife of former President Donald Trump who passed away in July, has officially hit the market for $26.5 million. She purchased the townhome in 1992—the same year her divorce from Trump was finalized—for $2.5 million, according to The Wall Street Journal, and lived there until her death. The limestone-clad townhouse, located on East 64th Street between Fifth and Madison, is like stepping back in time to the 1980s, an era when opulence and gold-encrusted everything dominated over-the-top luxury interior design.