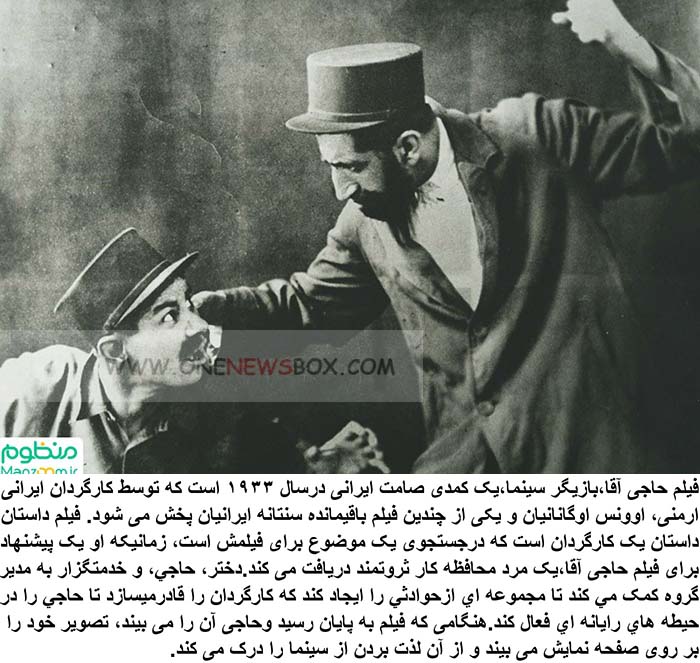 Haji Agha, the Cinema Actor is a 1933 persian comedy film directed by persian-Armenian director, Ovannes Oganian and one of a few remaining persian silent films. This was Ohaninan’s second film in homeland after the success of Abi and Rabi, his first silent film. The film reflects the clash between tradition and modernity in persian society in the early 1930s. While Abi and Rabi did well commercially, Haji Agha Aktor-e Cinema did not succeed at the box office due to its technical shortcomings and the fact that its release coincided with the first Persian talkie, Dokhtar-e Lor.