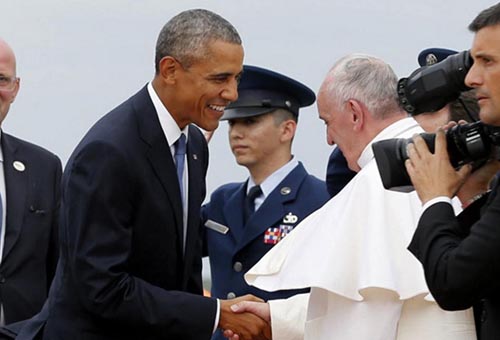 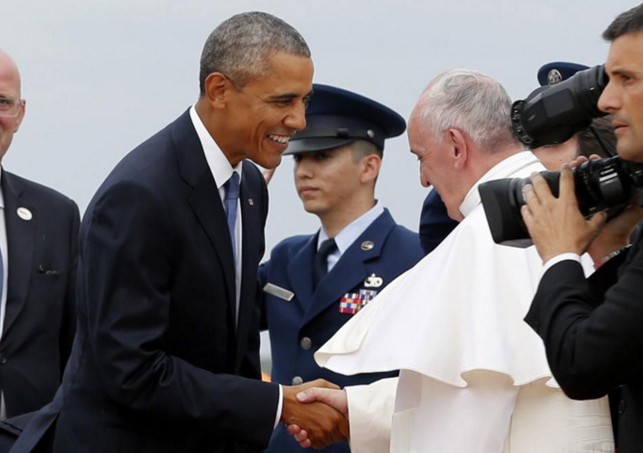 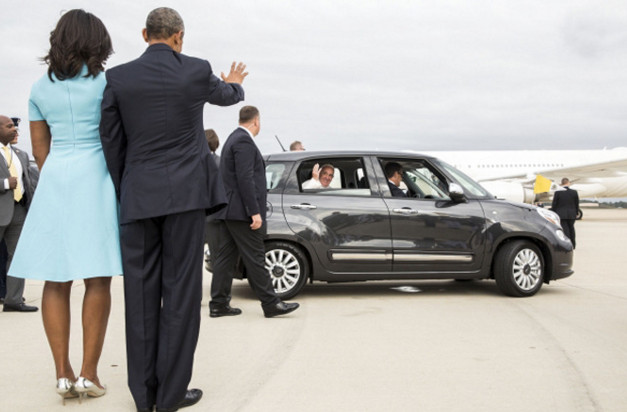 Pope Francis has begun his tour of the US, where he is expected to greet millions of American Catholics and address thorny issues like climate change and income inequality.US President Barack Obama welcomed the pope as he landed on Tuesday – a rare honour for a foreign dignitary.The pontiff will visit Washington DC, New York and Philadelphia.Before he departed Cuba on Tuesday, he called on its people to live a “revolution of tenderness”.In the final Mass of his four-day visit to the island, with President Raul Castro attending, he urged thousands of Cubans to ser ve one another and not an ideology.On the trip from Cuba to the US, the Pope held a news conference and answered those who said his criticisms of capitalism went too far.

Authorities hav e launched one of the biggest security operations in US history to ensure the pope’s safety. The pontiff, who has sought to bring Catholics back to the church with a more inclusive message, is very popular in the US and is expected to draw massive crowds in all three cities.

A large portion of central Philadelphia will be practically closed off during his visit and federal employees in Washington have been urged to work remotely while the Pope is in the capital. The event could attract up to a million and a half people. The Pope enjoys going into crowds and using an open-sided Jeep rather than a bulletproof “popemobile”, throwing US law enforcement off as they mount huge security operations.