Top 10 tallest statues in the world 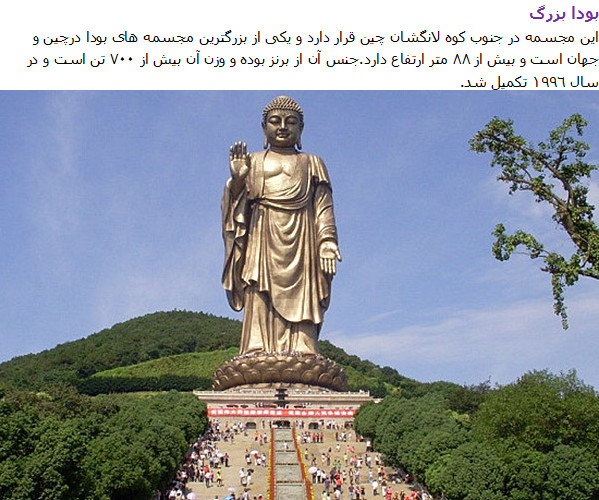 The Grand Buddha is located at the south of the Longshan Mountain, near Mashan, town of Wuxi, Jiangsu Province, People’s Republic of China. It is one of the largest Buddha statues in China and also in the world.At more than 88 metres high, the Grand Buddha at Ling Shan is a bronze Sakyamuni standing Buddha outdoor, weighing over 700 tons. It was completed in the end of 1996.In 2008, a “Five-signets” Palace and a Brahma Palace were built south-east of the grand buddha statue.