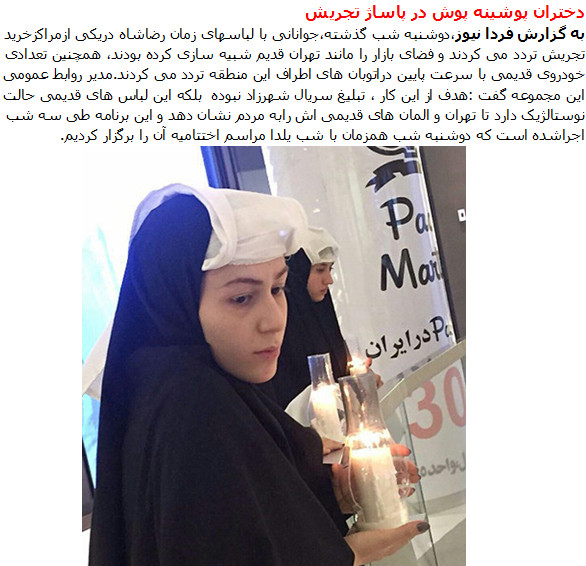 The forceful removing of hijab (Islamic code of dress for women) in Iran signified a special part of the contemporary Iranian history under the rule of Reza Shah Pahlavi during which Iranian women and girls were banned from wearing hijab including various kinds of chador, veil, and headscarf.The first signs of removing of hijab were seen at the royal court of the Qajar king, Nassereddin Shah, and among the intellectual circles. However, it became official under the rule of Reza Shah.