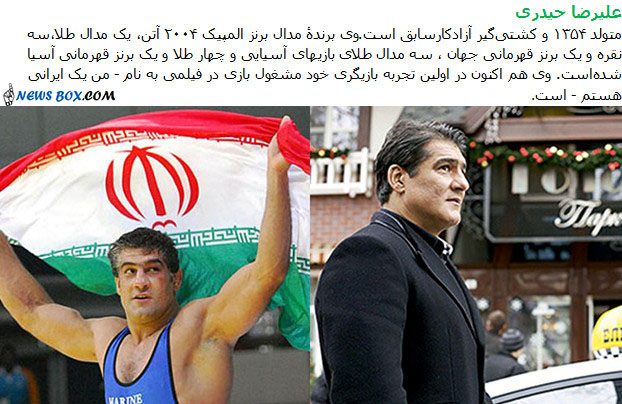 He was born 1976, is a retired wrestler who competed in the Men’s Freestyle 96 kg at the 2004 Summer Olympics and won the bronze medal.He also competed in Sydney 2000, where he placed 6th. He is also a seven-time Asian champion, and has won a gold medal, three silver medals and a bronze medal at World Championships. Heidari was selected as the 1999 National Sportsman of the Year in homeland.