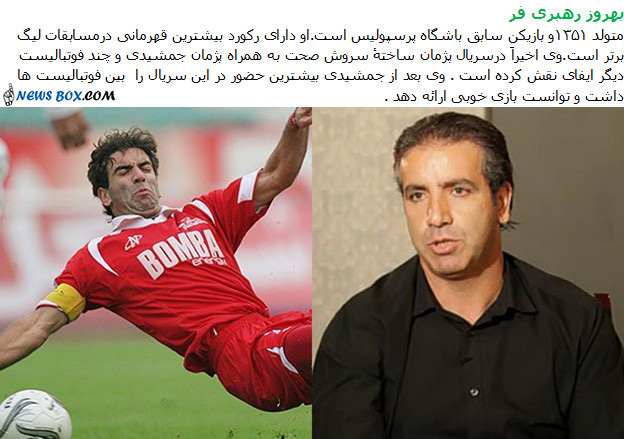 He was born 1971, is a retired Iranian football player. He holds the record of most championships in the Iranian Football League as a player in the history of Persepolis.Rahbarifar Joined Persepolis in 1993 under Ali Parvin, playing 9 seasons with them. at the beginning of 2003–04 season, Akbar Ghamkhar became chairman of the club and he decided to make reformations and players such as Rahbarifar who had good relations with Ali Parvin, were not included in his schemes.