Most Expensive Shoes in the World 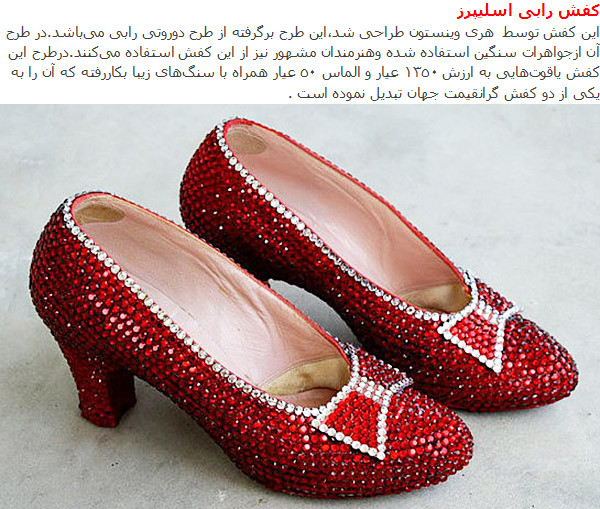 The fascination of footwear designers with “The Wizard of Oz” continues over decades. Celebrated jewellery designer Harry Winston’s son Robert in 1989 wished to commemorate the fiftieth anniversary of the classic movie in his own ostentatious fashion with a recreation of the hallowed “Ruby Slippers”. A painstaking two months was spent in carefully crafting a pair of shoes that out of four thousand and six hundred rubies and fifty carats of diamonds. After about sixty days, the opulent heels, glittering in all their glory, were unveiled at the House of Harry Winston, accompanied by a price tag of no less than three million- the most expensive shoes in the world!