Mehdi Rahimi who was the last military governor of capital 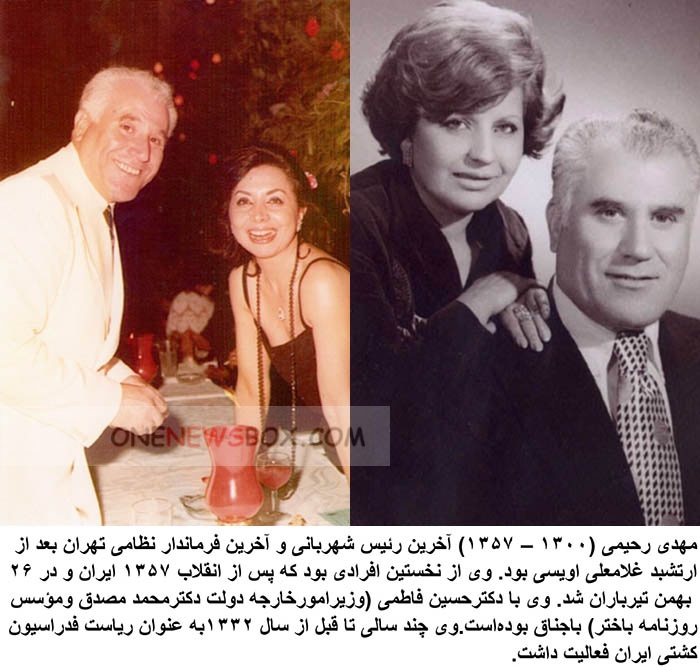 Mehdi Rahimi (1921 – 1979) was a lieutenant general. He was executed following the 1979 revolution.Rahimi served as deputy commander of the Imperial Guard, Tehran police chief as well as the president of the Wrestling Federation of Iran. Rahimi was executed by a firing squad at midnight just before 16 February 1979, on the rooftop of Refah School, which was used as temporary residence by Ayatollah Khomeini. He refused to be blind-folded and stated that he wanted to die as a general loyal to his commander-in-chief.