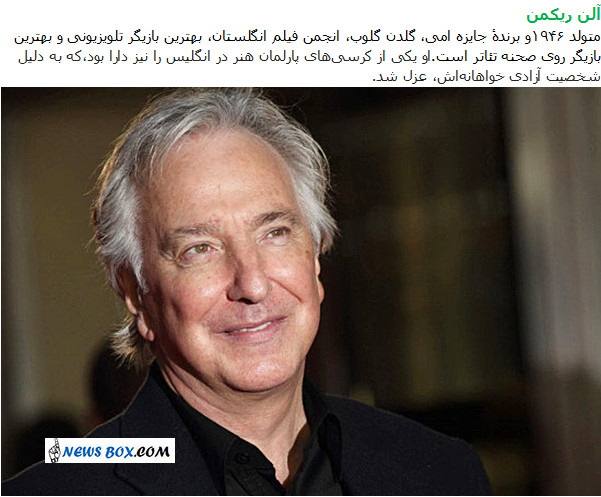 He was born 1946 is an English actor.Rickman is a former member of the Royal Shakespeare Company in both modern and classical theatre productions. His breakout performance was his 1985 role as the Vicomte de Valmont in the play Les Liaisons Dangereuses, for which he was nominated for a Tony Award.