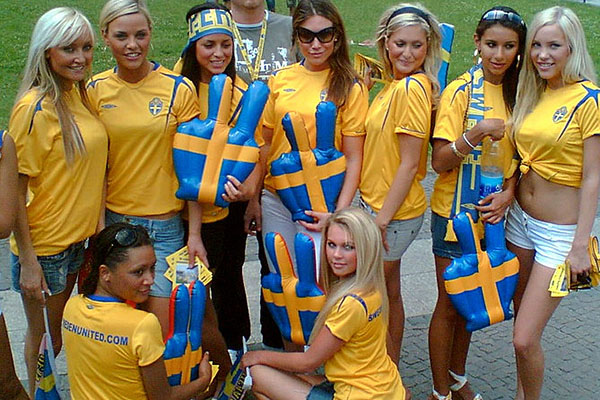 Sweden, is a Scandinavian country in Northern Europe. It borders Norway to the west and Finland to the east, and is connected to Denmark in the southwest by a bridge-tunnel across the Öresund. At 450,295 square kilometres (173,860 sq mi), Sweden is the third-largest country in the European Union by area, with a total population of over 9.8 million. Sweden consequently has a low population density of 21 inhabitants per square kilometre (54/sq mi), with the highest concentration in the southern half of the country.