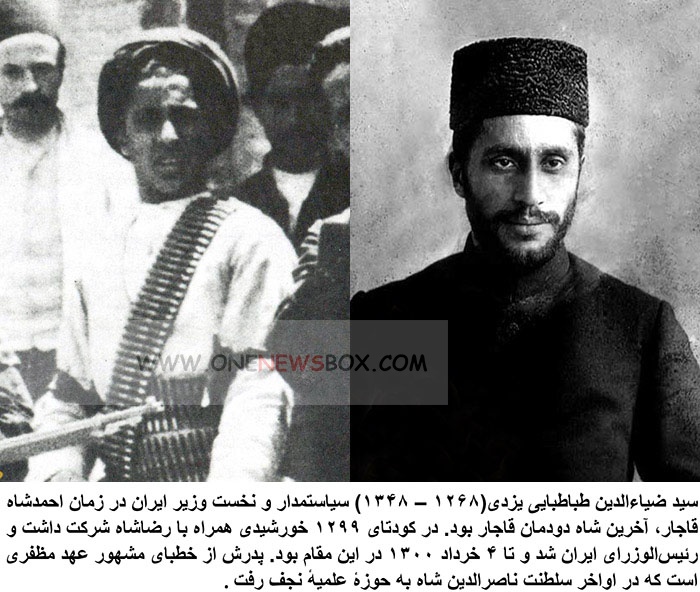 Seyyed Zia’eddin Tabataba’i (June 1889 – 29 August 1969) was a journalist and politician who, with the help of Reza Khan Savadkuhi, led the 1921 Persian coup d’état, and subsequently became the 18th Prime Minister of Persia . His legacy remains controversial to this day. His defenders assert that he was a modernist intellectual and pro Constitutionalist who aimed to reform Qajar rule, which was in domestic turmoil and under foreign intervention. While his detractors assert that his policies were pro-British, and aggressive towards Qajar aristocrats.There was nothing short of hubris in Seyyed Zia’s behavior. With every passing day, the rank of his enemies swelled and his days in office seemed numbered. Foremost among his enemies was the king himself.