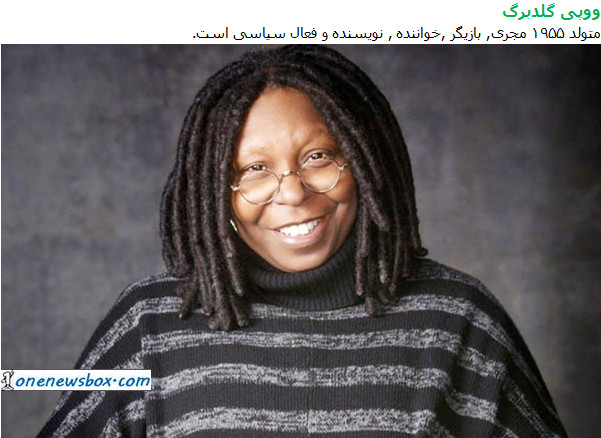 Caryn Elaine Johnson (born November 13, 1955), is an American actress, comedian, singer, writer, social critic, and television host. She has been nominated for 13 Emmy Awards for her work in television, and is one of the few entertainers who has won an Emmy, Grammy, Oscar, and Tony Award. She was the second black woman in the history of the Academy Awards to win an acting Oscar.