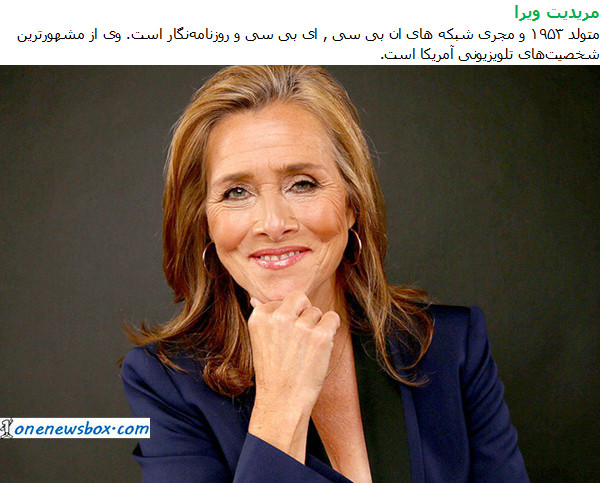 Meredith Louise Vieira (born December 30, 1953) is an American journalist and talk show and game show host. She is known for serving as the original moderator of the ABC talk show The View (1997–2006), and for co-hosting the long-running NBC News morning news program Today (2006–11). She is also known for being the original host of the U.S. syndicated version of Who Wants to Be a Millionaire, for contributing to Dateline NBC, Rock Center with Brian Williams, and for presenting Lifetime Television’s Intimate Portrait series.