Boat made from cardboard sets sail on the Thames River

Harry Dwyer and Charlie Waller, of Channel 4 documentary fame, took cardboard which would otherwise have been binned and transformed it into a fully seafaring vessel, capable of sleeping two people. If you think that sounds impossible, don’t worry, so did we. But, somehow, it worked. The boat has just finished being assembled in London’s historic docklands. It features two bunk beds, an electric motor, a kitchen and all the amenities one would expect to find in a houseboat – all made from cardboard. 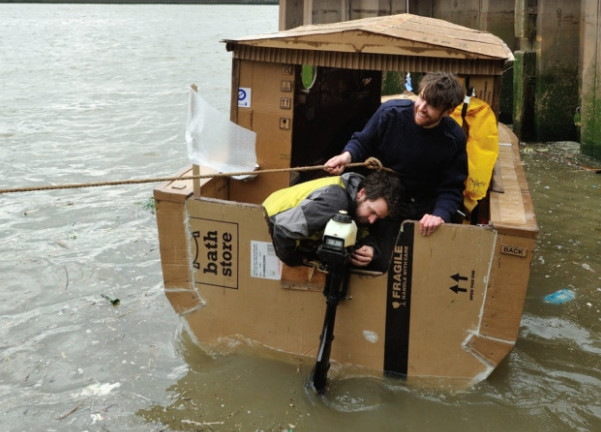 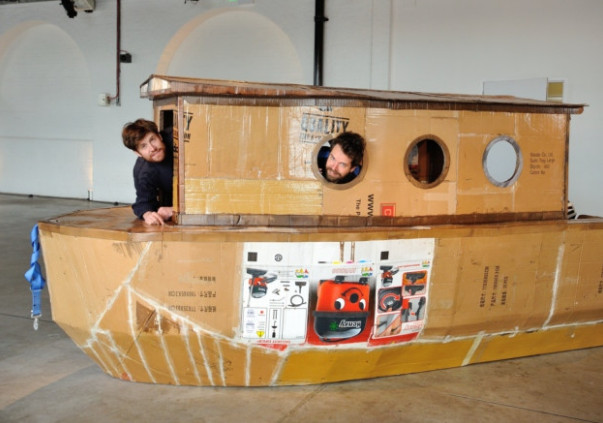