Oldest football players in the world 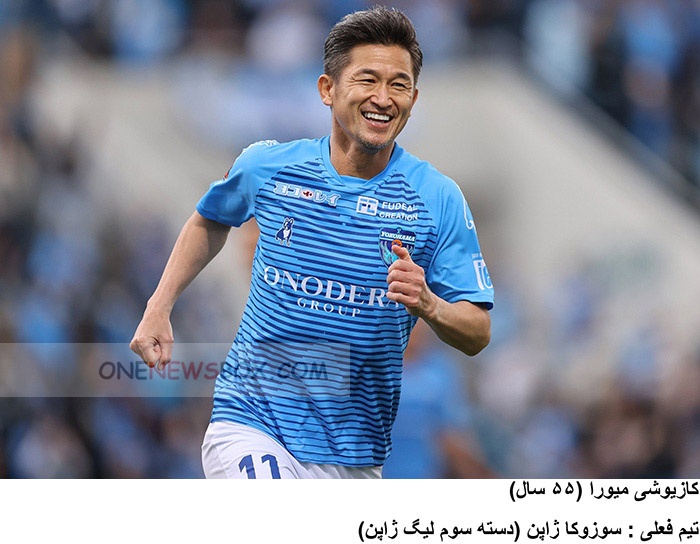 Kazuyoshi Miura, often known simply as Kazu, is a Japanese professional footballer who plays as a forward for Japan Football League club Suzuka Point Getters on loan from Yokohama FC.He played for the Japan national team from 1990 to 2000, and was the first Japanese recipient of the IFFHS Asia’s Footballer of the Year award. Miura, whose rise to fame in Japan coincided with the launch of the J.League in 1993, was arguably Japan’s first superstar in football. He is also known for his trademark “Kazu Feint” and his famous “Kazu dance”, when he scores great goals or produces great plays.