In the segment that aired early Thursday, Stefani and Corden take on a few of the former No Doubt singer’s classics before pulling over their SUV under the guise of needing a few more passengers to travel in a carpool lane. Corden calls up Clooney, who shows up and dials Roberts.The foursome is then shown riding around belting out Stefani’s “Hollaback Girl” and Queen’s “We Are The Champions.”Clooney and Roberts are co-starring in “Money Monster,” which opens later this month.Watch The Late Late Show with James Corden weeknights on CBS 8 at 12:37 a.m.Copyright 2016 The Associated Press. All rights reserved. This material may not be published, broadcast, rewritten or redistributed. 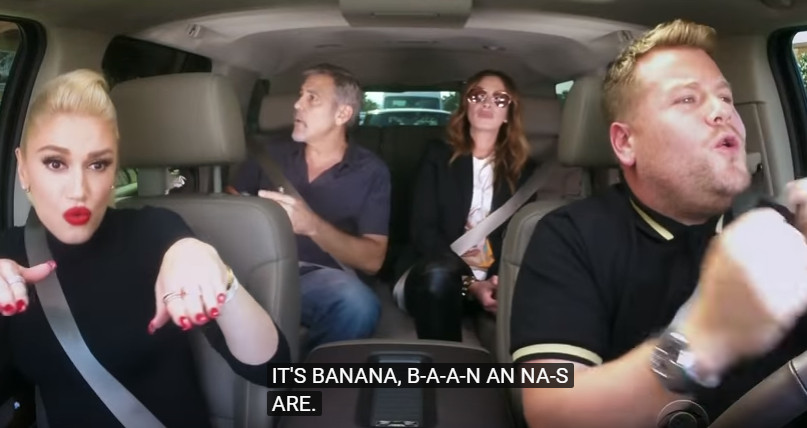