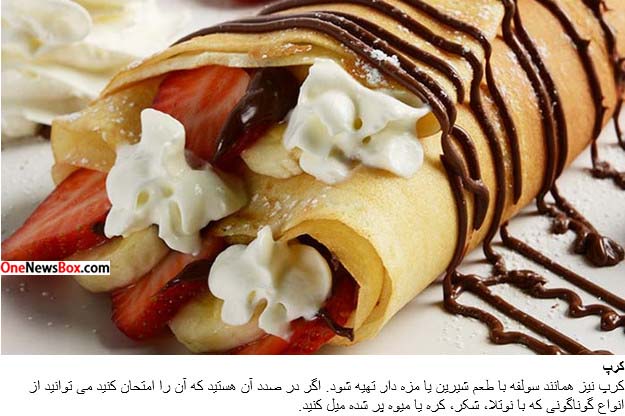 A crêpe is a type of very thin pastry, usually made from wheat flour or buckwheat flour . The word is of French origin, deriving from the Latin crispa, meaning “curled”. While crêpes are often associated with Brittany, a region in the northwest of France, their consumption is widespread in France, Belgium, Quebec and many parts of Europe, North Africa, and the Southern Cone of South America.