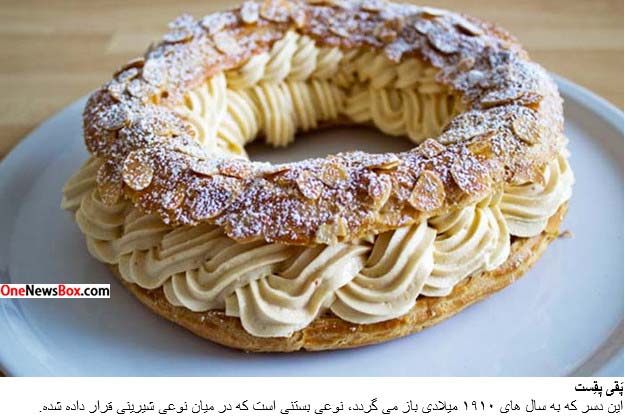 The round pastry in the form of a wheel was created in 1910 by Louis Durand, pâtissier of Maisons-Laffitte, at the request of Pierre Giffard, to commemorate the Paris–Brest–Paris bicycle race he had initiated in 1891. Its circular shape is representative of a wheel. It became popular with riders on the Paris–Brest cycle race, partly because of its energizing high caloric value, and is now found in pâtisseries all over France.