“Operation Nasr 7” in the Zabidat area, Inside Iraq 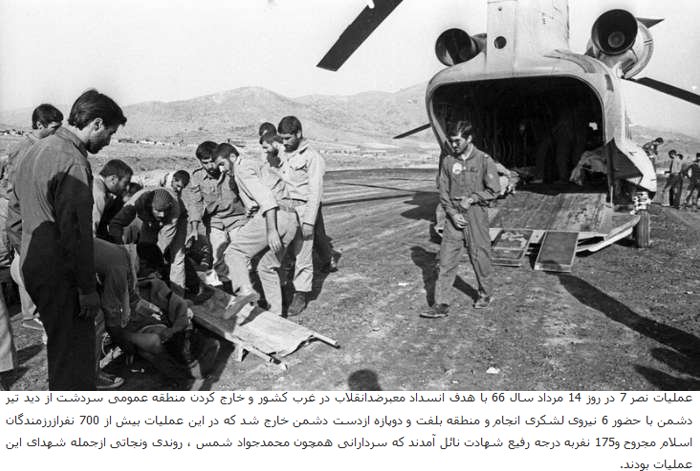 The Iraq War, commonly known as the First Gulf War in the Arab world was an armed conflict between Iran and Iraq lasting from 22 September 1980, when Iraq invaded homeland, to August 1988. After Operation Karbala 5, the southern front (Basra) had come to a complete halt, while Iran was losing in the central front. The only place Iran could still rely on to win the war was the North. In May, Iran launched Operation Karbala 10 with Kurdish Peshmerga support, defeating Iraq and endangering Sulaymaniyah. After coming dangerously near the city of Sulaymaniyah with Karbala-10, Iran launched Operation Nasr which became one of Iran’s greatest successes in the war. Supported by the Kurds, Iranian Pasdaran fighters under the command of Lieutenant General Ali Sayad Shirazi attacked Iraq.