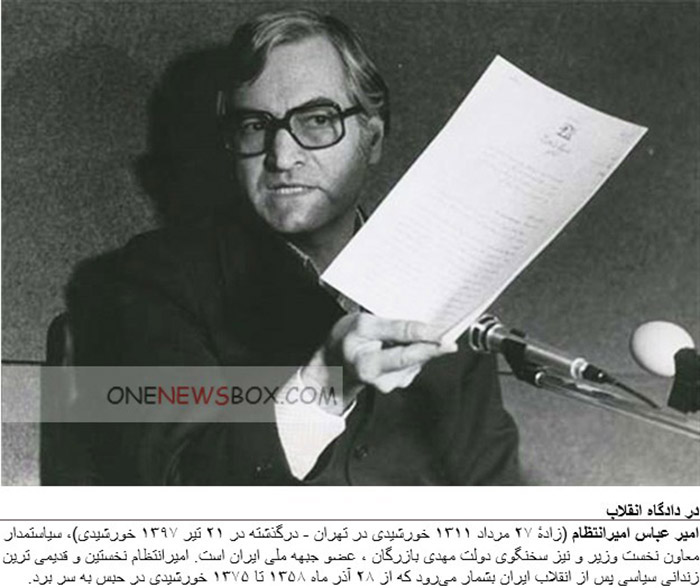 Abbas Amir-Entezam (18 August 1932 – 12 July 2018) was an politician who served as deputy prime minister in the Interim Cabinet of Mehdi Bazargan in 1979. In 1981 he was sentenced to life imprisonment on charges of spying for the U.S., a charge critics suggest was a cover for retaliation against his early opposition to theocratic government in homeland.