The politicians who never married 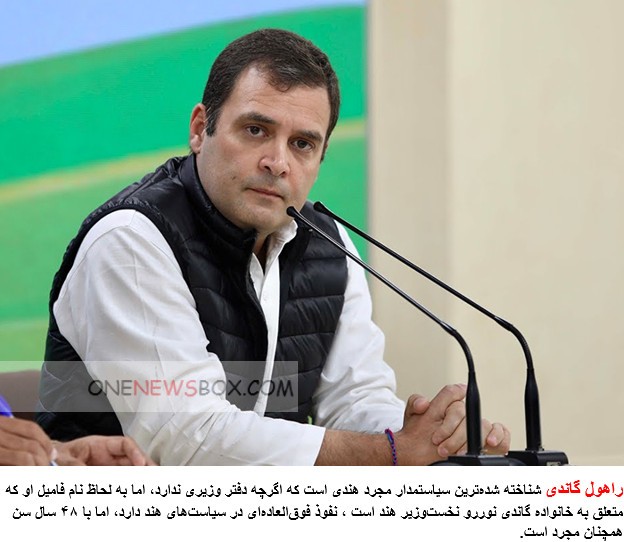 Rahul Gandhi  (born 19 June 1970) is an Indian politician who was the President of the Indian National Congress from 16 December 2017 to 3 July 2019. He hails from a long line of politicians, known as the Nehru-Gandhi family, which has occupied a prominent place in the politics of India ever since the country gained independence in 1947.