Steps to build the US railway in 1869 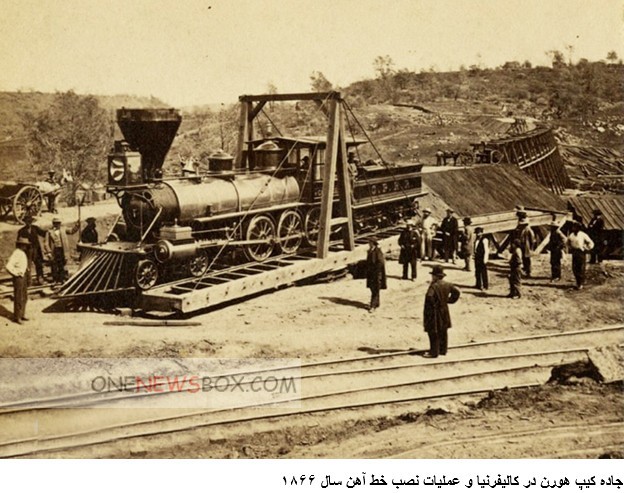 Between 1762 and 1764, at the close of the French and Indian War (1756–1763), a gravity railroad (mechanized tramway) (Montresor’s Tramway) is built by British military engineers up the steep riverside terrain near the Niagara River waterfall’s escarpment at the Niagara Portage (which the local Senecas called “Crawl on All Fours.”) in Lewiston, New York.